What a way to kick off a United Way campaign! Live bands, SWAT teams rappelling down from the stadium rafters, and, of course, b-boys! 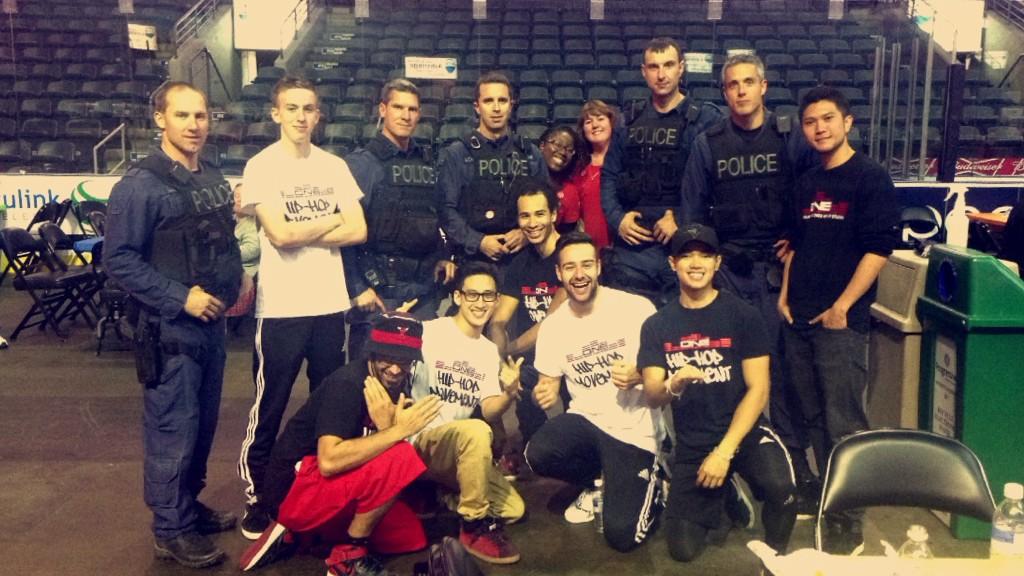 It was tough to follow up the SWAT team but we had fun performing for a stadium floor full of people who had turned out to support United Way as they launched this year’s campaign.

A big shoutout goes to all the hard working volunteers, especially Kristina who was assigned to help us out!

Keep scrolling for more pics from this year’s Harvest Lunch.

Arie and JFX running a routine:

ka_boom about to hit a freeze:

Look, ma! We’re on the jumbotron! 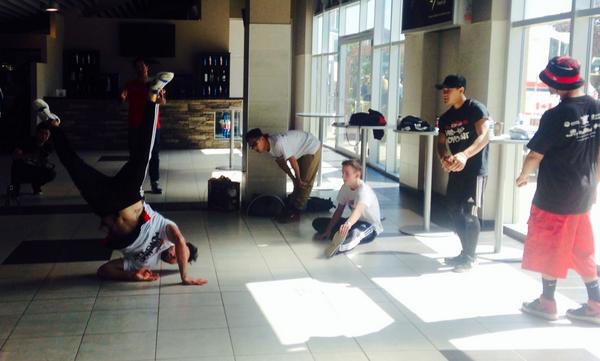 Warming up before hitting the stage (source)