This past weekend there was a different kind of aptitude test on campus; The Breaking Clubs Aptitude Test (BCAT) at Hamilton’s McMaster University. Members of Ill at Will joined forces with Ju Rock of Ground Illusionz and Derrick of UWO Breakers to bring home a ‘W’ for Western University aka the University of Western Ontario (UWO)!

An excited Rob Loebz, who was also celebrating his birthday, shared the following on Facebook:

It’s the finals y’all. Though we won for Western University, honestly the winners of this event are Stephen Fleg (FLEG) on the One’s and Two’s along with Adrian Bernard (Switch B) on the Mic. Both of them killing it. Respect. Thanks to competitors, organizers and fans.  Check it out! 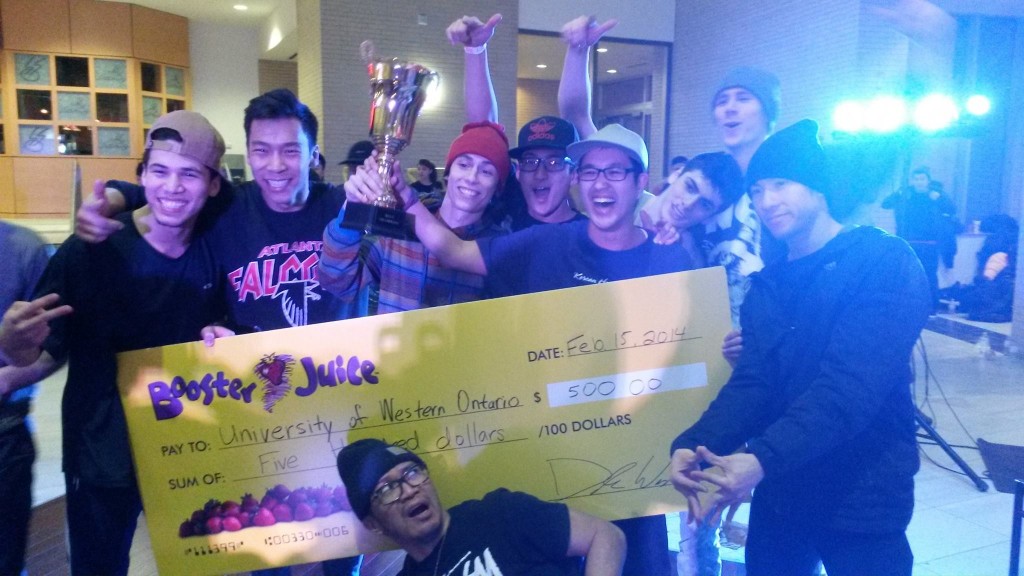 Did you go to the BCAT breakdance battle in Hamilton? What was your favourite moment?

If you didn’t have the pleasure of watching BCAT live, do you have an official breaking club or even just breakers at your school? Post and let us know where you represent and if they have bboys & bgirls there!