Better late than never, here’s the Year in Review from the “illains” who can rock the beat forever.

There are many successes and good times mentioned below, so right off the bat we want to give a big THANK YOU!! to everyone who supported in-person or online during 2013, and a preemptive THANK YOU for your continued support this upcoming year! 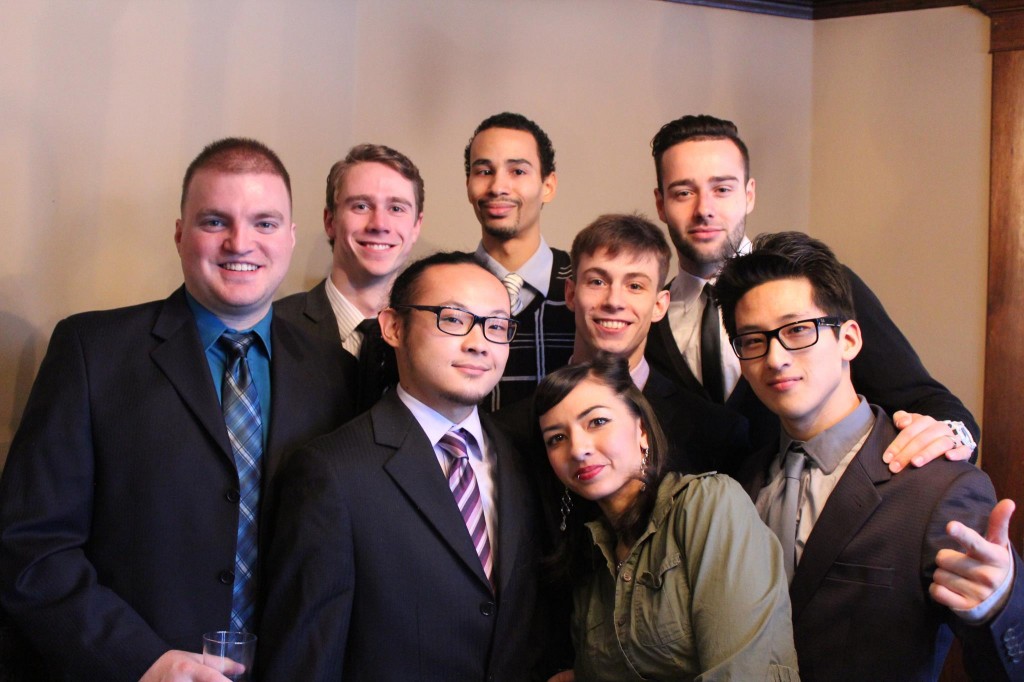 The new year started with new additions to the family; in more ways than one. Ill at Will performed for and celebrated with Kayo’s family at his brother’s wedding in January.

The Ill at Will fam grew too, as we welcomed 2 new members to the crew, our students and young guns from Space Invaderz, Eric (T-grr) and Luis (Bambino). We couldn’t be more proud seeing these guys develop in the dance over the years, while remaining humble students. Since then IAW has been a dynamic dozen!

A great way to stay warm during the cold Canadian months is to keep dancing, so that’s what we did. On Jan 9 Ill at Will & O.N.E. Hip Hop Dance Studio teamed up once again to run the first after school dance workshop of the year at Aberdeen P.S.!

The very next day we kept the dancing going when the crew & O.N.E. visited Banting for WE DAY 2013. We were there all day then after school did a workshop at Medway Community Centre.

On Jan 18 we had the opportunity to showcase great cars and great dancing when IAW did a performance for Scion Town during a sold out London Knights game at Budweiser Gardens!

Remember those young guns I recently mentioned? Well, the newest generation of illains went straight to work making a name for themselves by winning a couple battles!

First it was T-grr, Bambino, and Con-Air winning The Sole Solution 3v3 battle hosted by Unity on Jan 18. You can watch them claim victory in the final battle by clicking here.

Next it was Bambino winning Mighty Muffins Presents: Flour Wars on February 22. You can watch the quarter finals here and the final battle here.

Not quite part of 2013 but close enough was T-Grr wining the 7 to Smoke competition at Western’s PSYfer Style in late 2012. You can watch his winning rounds by clicking here.

Before the winter was through members of IAW journeyed up North to Wikwemikong, Ontario to do some workshops.

Shout out to Bboy Redsky of Wikki for bringing our crew up to Manitoulin Island to his Indian Reserve. It was too much fun! Everyone was so kind up there, thanks again for the hospitality!

With Springtime comes growth, so we brought in our homie Bboy Puzzles  (SuperNaturalz Crew) to teach a 2 hour, advanced breaking workshop at O.N.E. dance studio. On March 16 he definitely dropped a lot of knowledge; always a lot to learn and a lot of laughs when we’re hanging with Savio.

It’s not everyday you get to learn from a world renowned champion! Thanks for the shoutout, Puzzles!

On April 6 Kayo teamed up with Ju Roc of Ground Illusionz to win Kings of the Craft in Livonia, Michigan (just West of Detroit). The victory makes Kayo the first IAW member to win a competition in the United States!

Closer to home, IAW and O.N.E. showcased multiple street dance performances along with simple dance lessons at the Our Street London Block Party. We had a lot of fun dancing and mingling with people on the streets of downtown London.

We kicked off summer with a bang during the ONE Movement Hip Hop Dance Showcase on June 21. Thank you United Way of London & Middlesex and Crouch Neighbourhood Resource Centre for your sponsorship!

The showcase featured performances by some of London’s most dedicated crews: HBK .. One Up Dance Crew .. HDMI .. ONEsies .. Space Invaderz .. Ill at Will .. Airborne Precautions .. & more…

Ill at Will showcasing The Elements of Breakin’

Over the summer Loebz was invited by the Korean American Adoptee Adoptive Family Network (KAAN) to speak in Grand Rapids, Michigan about his personal adoption story, as well as his relationship between adoption and bboying.

There was exciting news in August 2013 when we announced the Domkey (Lionz of Zion) workshop! The 2012 Red Bull BC ONE USA Champion did a 90 minute breakdance workshop at our studio on August 27. Check out his awesome promo videos on our post here.

The Stripes Back 2: Road Warrior BBoy/BGirl Battle was DJ’d by Skratch Bastid, which was a real treat because he’s got a great ear for jams that the dancers like. The winners of the cash prize were JFX & Nasty Nick, narrowly beating out Stringray and Loebz, so it was an Ill at Will filled final battle!

At the end of summer the crew celebrated a milestone at the IAW 5 Year Anniversary BBQ. I got all emotional and posted the following on Facebook:

Over the past few weeks I’ve enjoyed a series of jams, BBQs, 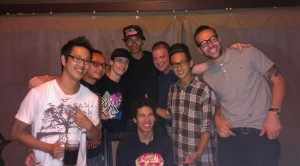 road trips, and parties with my crew and our friends.

Ill at Will formed five years ago and we’ve picked up new members and countless memories along the way.

I’m so I happy I get to dance and tackle life’s adventures with this group of illains and our fam.

IAW… We serve with pride!

And so summer came to a close, but there was still a quarter of the year left to tackle!

Fall involved a couple significant trips to Toronto, one of which involved Ill at Will helping release the Nokia Lumia 1020 phone at Design Republic. Check out the blog post for more details on that product launch. 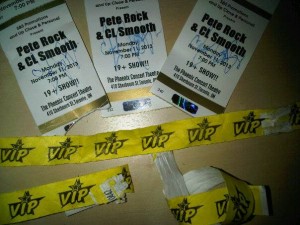 The other TO trip happened on Nov 11 when the crew opened for Pete Rock & CL Smooth along with Camp Lo! Kayo, Logic, and TigerBomb hit the stage and took the picture to the right before the night was through. VIP and autographed tickets, baby!

However, we’re not just about the flashing lights, sometimes we like to get down for a good cause too. Also in November was the Scotiabank StairClimb where IAW not only climbed the all 472 steps once, we actually did it twice, just to prove a point… and to support the United Way of course!

Staying on a feel good kind of vibe, let’s mention the post titled He Started from the Bottom Now He’s ILL. Despite the title I’m not talking about Drake; I’m talking about our crewmate Nasty Nick!
This post was made after Nick, who was born in Holland, received the good news that he can legally work in Canada and will become a permanent resident in December. You can read the rest of the story in that post.

The last thing I want to mention from 2013 is the event filled weekend at the end of November.

Not only was there the Grand Opening of the Family Centre in Carling-Thames arena, during which IAW teamed up with O.N.E. and some of the Dynamic Dozen youth to provide a hip-hop / breakdance workshop & performance.

That weekend also had TWO dance jams going down: The first was Western’s Fall Cypher, where JFX (ill at will) won the All Styles competition for the 2nd straight year and Kayo (ill at will) / Ju Rock (Ground Illusionz) won the 2 on 2 breakdance competition.

The following night O.N.E. hosted their 2nd annual dance-driven, charity-supporting, fun-filled Movembreaks jam! It was great to have choreo dancers, freestyle dancers, breakers, house dancers, and more all jamming in the same circle. By the power of their moustaches and many generous donations, Loebz (ill at will) and DTWB (the DJ!) raised over $1000 for prostate cancer and mental health awareness!

I’ve included a couple Instagram clips from those nights here but check the blog post to see a dope recap video and more details.

What a rare treat it was to have 2 breakdance events in 2 days in my home town! At the risk of sounding old I want to point out that back in the day London bboys always had to travel if they wanted to compete because London jams happened maybe once a year. It’s great to see the scene come so far.

Thanks for taking a trip down memory lane with me. Now it’s 2014 and we’ve got another fresh year ahead of us! We’ve set some personal and crew goals… do you have any dance or fitness related goals?